Rob is a person we support at one of our supported living properties in Liverpool. He is incredibly sociable, enjoys spending time in his local community and has a special love for dogs!

The property is also a specialist brain injury rehabilitation centre where Rob has enjoyed living for over two years. Before moving to our service, Rob spent many years in other supported living environments that didn’t fully suit his needs and requirements. His brain injury means he sometimes struggles to control his moods, which has negatively impacted  his relationships and care in the past.

Thankfully, the team at Voyage Care have managed to turn Rob’s life around. When others gave up on him, our teams spent time getting to know Rob to find the best approach for his support. Slowly, the team were able to gain his trust and help him discover new ways to cope with his moods.

They now understand his behaviours better and have been able to create a more suitable living environment and bespoke care plan. For example, Rob sometimes feels overwhelmed in large groups, so the team ensure Rob only works with small teams that make him feel comfortable to help build his confidence.

Rob has also had Cognitive Behavioural Therapy (CBT) to support him and encourage calmness when his emotions are heightened. CBT is a type of talking therapy that helps manage problems by changing the way you think and behave. You can read more about it on the NHS website. All the support Rob has received from the entire team means he can now live a happier, more independent life.

Since living at our brain rehabilitation centre in Liverpool, Rob’s confidence has grown massively, and he has become an active member of the community. He’s also rediscovered his passion for musicals and enjoys regular trips to the cinema and the theatre to watch his favourites.

Rob also recently went on his first holiday to Blackpool where he met his girlfriend who he now writes to every week! None of this could have been achieved without the dedication and care provided by Rob’s team at Voyage Care.

Rob’s support worker, Lesley, is overjoyed with Rob’s progress: “Since being with us, Rob’s life has changed massively. We have worked with him to set step-by-step goals in getting further afield in the community and it has paid off.

“He now accesses the community daily and he absolutely loves it! More than anything, Rob looks forward to getting a cappuccino with his team, visiting the park and seeing all the dogs. We’ve worked well with him on approaching the dogs and making sure he asks people in the community if he can pet them.”

Rob is looking forward to his next holiday to Swanley, to see one of his favourite musicals at the theatre and our team will continue encouraging him to pursue his hobbies to build his confidence.

If you’d like to learn more about our supported living properties across the UK and how we can support you, a loved one or a client to live their best lives, fill in our quick and easy enquiry form and a member of our team will be in touch! 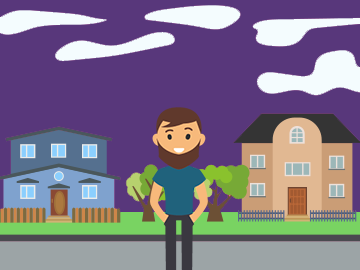 Rob is a person we support at one of our supported living properties in Liverpool. He is incredibly sociable, enjoys spending time in his local community and has a special love for dogs! The property is also a specialist brain ... 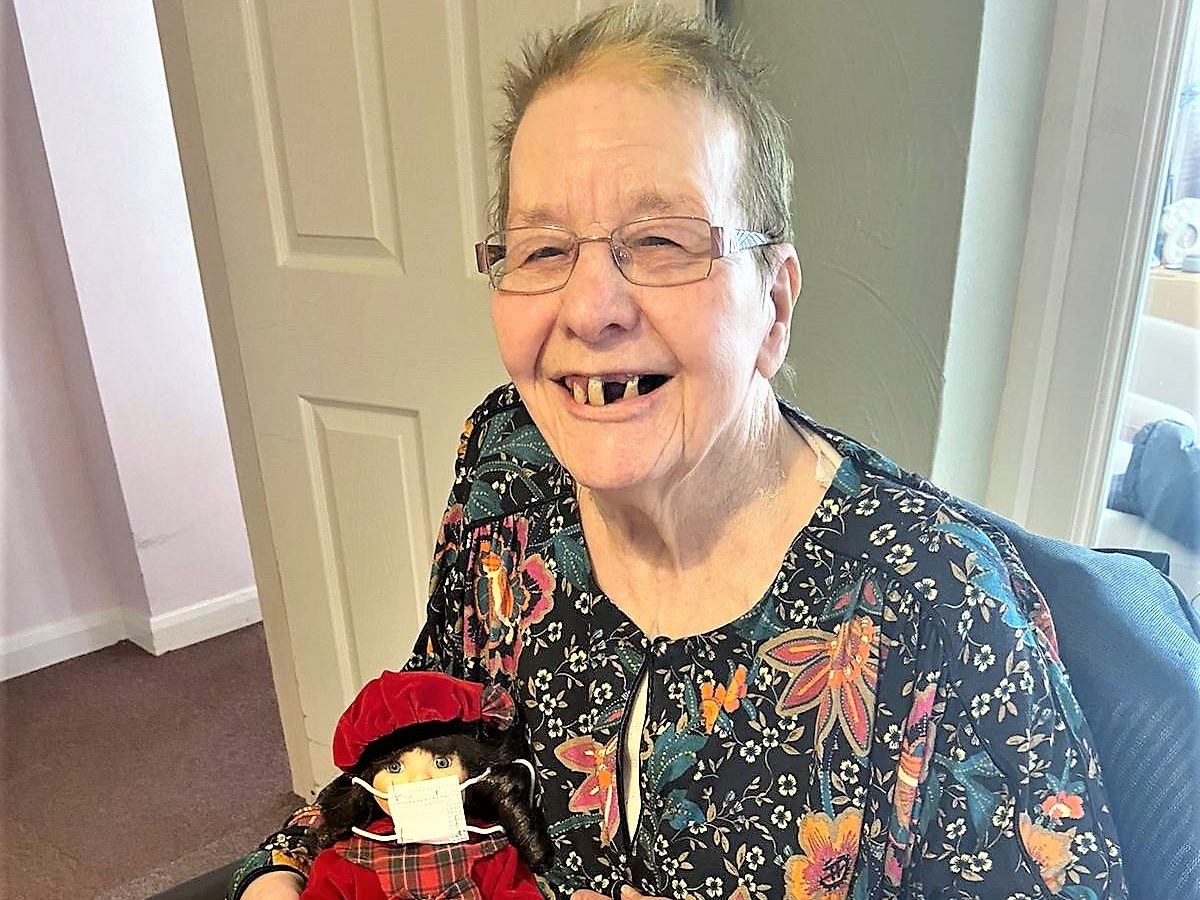 Shirley lives at one of our supported living properties in Norfolk. She became unwell in November 2018. She was unable to walk, move her arms away from her chest and was sometimes unable to speak. Shirley also lost a lot ... 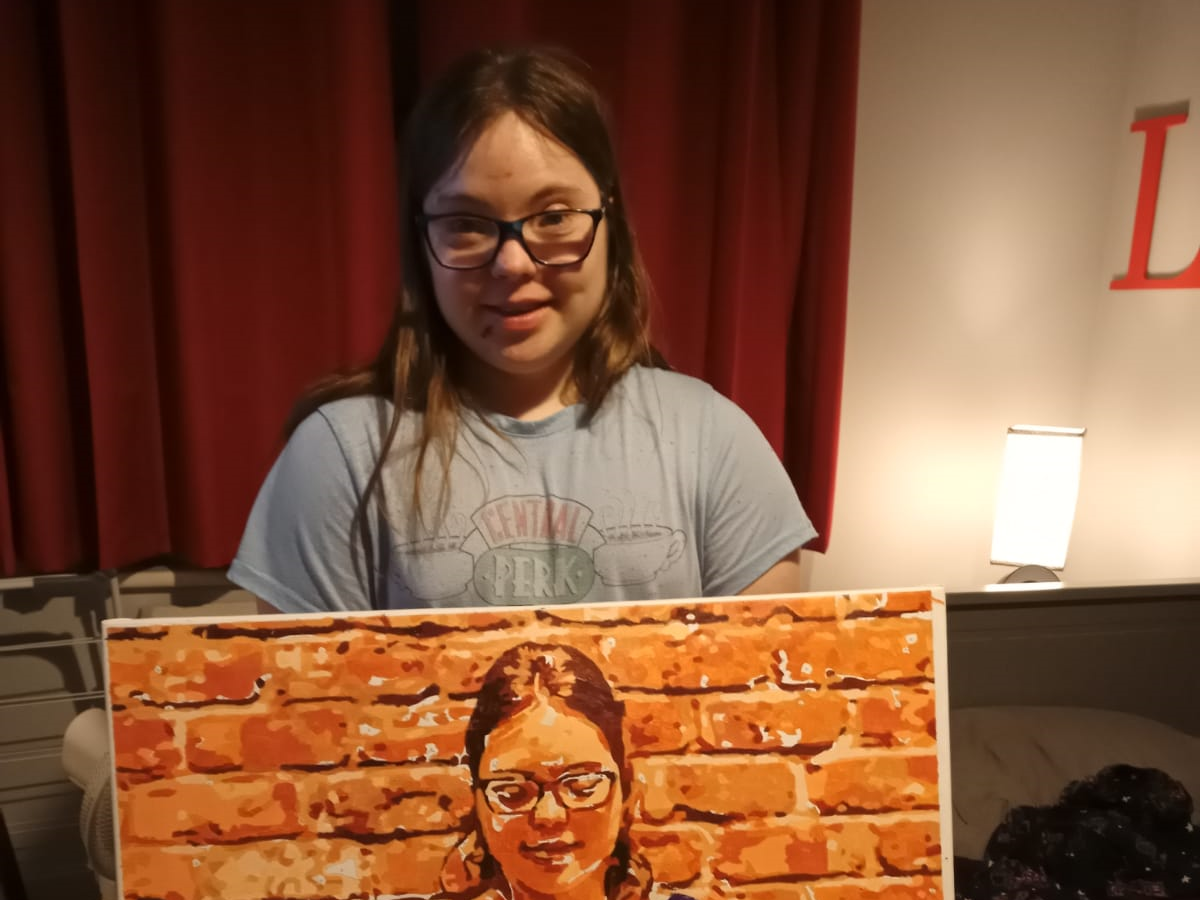 How Leah is keeping busy during lockdown!

Meet Leah, a 26-year-old artist with Down’s syndrome who lives in one of our supported living properties in Reading. We caught up with Leah to find out how she’s been keeping busy during lockdown. Before the COVID-19 pandemic and the ... 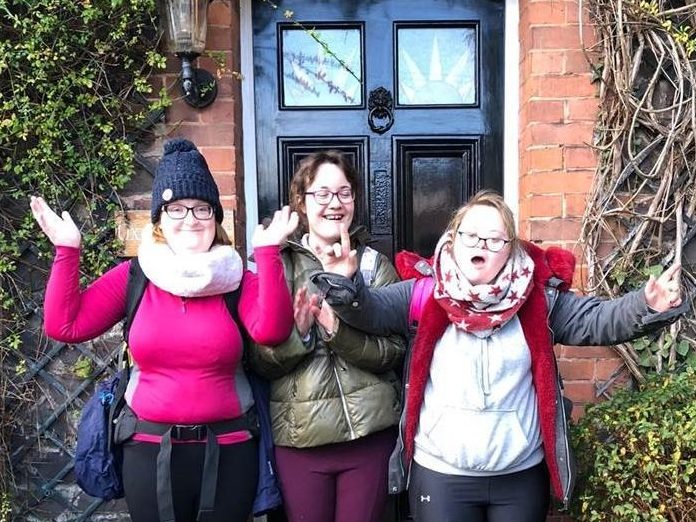 Meet Emily, Emily and Leanne, the ladies who moved into one of our new supported living properties in Somerset mid-lockdown. After being friends for over three years, they decided it was time to move into a house together as they ... 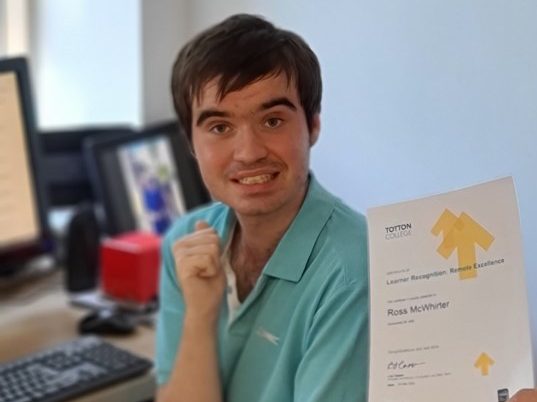 Ross, who lives at Sonnet Court – one of our supported living properties, enjoys studying independent living skills at Totton College and has attended the college for around two years. Unfortunately, due to the COVID-19 pandemic, classes have been cancelled. ...