Residents at Mimosa Lodge in Hampshire love a trip to the zoo! But as they were unable to visit, the team had to get their thinking caps on to find a way to bring the zoo to them.

The initial brainstorm involved staff and people we support deciding what they wanted to create. Residents each picked an animal they wanted to visit at the zoo.

“It gave everyone something to focus on and got us all excited,” said Manager, Emma.

They then got hard at work creating their zoo animals, with the people we support painting them together.

Once the zoo was complete, the animals were spread around the garden. From monkeys hanging from the washing line to meerkats in their giant Connect 4 game!

All the residents were given their ‘zoo pass’ which had their photo on so it could be checked on entry to the zoo. There was even VIP access to their favourite enclosure!

As they visited each animal, they had some quiz questions so they could learn as they go. There were smiles all round!

After their exciting day out, Mimosa Lodge wanted their hard work to benefit some of the residents at other Voyage Care homes. So, some of the ladies went with staff to Southview to drop off their zoo.

“They wanted to bring a smile to lots of other faces with their zoo, so we all decided to send it on its travels,” Emma added.

When the animals arrived at Southview, the team were over the moon to welcome their new visitors and immediately got working on some animals of their own.

The people we support got involved in choosing some new animals to make, as well as helping staff create them.

Now there’s a toucan, sloth, butterfly and crocodile featured in the zoo! They put the animals on display outside and got lots of compliments from members of the public passing the service.

But it didn’t stop there: the travelling zoo then headed to Woodrow Cottage to bring a smile to residents there!

“Now that the zoo has gone, we’re all really missing it. We know the local public liked having it there and it seemed to put smiles on the faces of passers by, but we wanted it to keep going” said Service Manager, Nikki.

We’re excited to see how big the zoo grows and where it ends up next.

Want to learn more about how we can support your loved one to achieve their goals? Contact our friendly please call our friendly enquiry team on 0800 035 3776 or email them at referrals@voyagecare.com 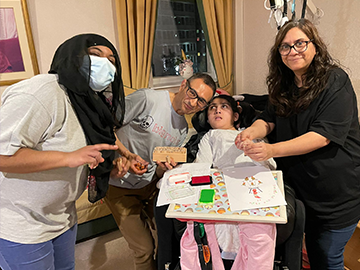 Despite her life-limiting needs, Rhea has refused to be defined by her disabilities, and instead, uses them to inspire people by making the most of every single moment. As part of this, Rhea and her mum Purabi, have been working ... 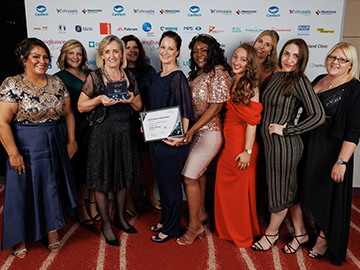 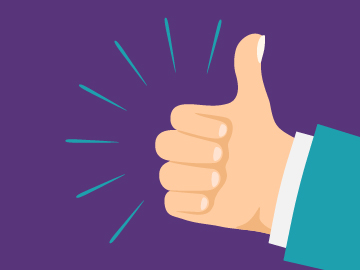